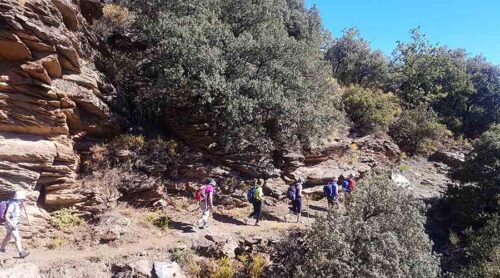 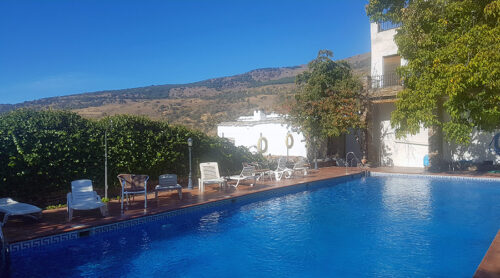 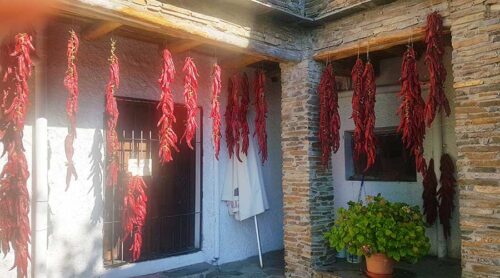 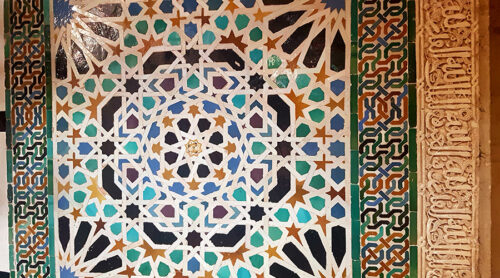 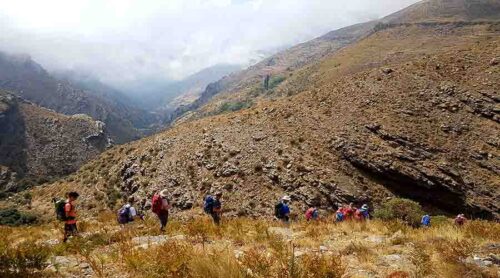 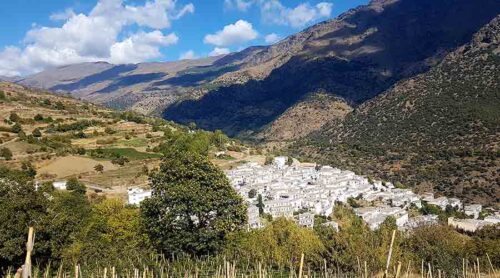 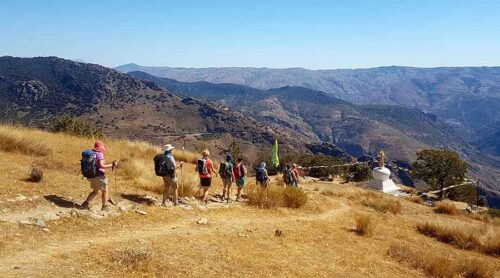 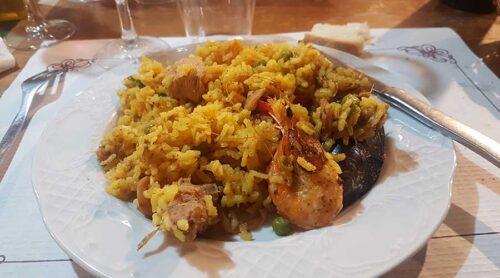 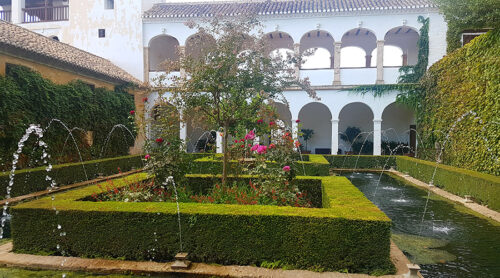 A walking experience through the Sierra Nevada and Alpujarras in Andalusia. These hills were the last Moorish stronghold in Spain until the seventeenth century and their stunningly white villages and irrigation systems called `acequias´ are still to be found in this region. We will walk through the white villages scattered gently against the brown limestone and slate walls, the upper parts covered with snow until the summer.
Spend the last 2 days in the amazing city of Granada influenced by Islamic culture and well know for its gastronomic food.
Airport: Fly to Malaga airport.
Hotel: 3* Hotel Real de Poqueira and 3* hotel Puerta de las Granadas in Granada (or equivalent)
Included:
– Local transports and luggage transfer service during the trip.
– Airport transfers from and to Malaga airport.
– 5 nights in 3* hotel Real in Poqueira.
– 2 nights in 3* hotel Puerta de las Granadas in Granada.
– 7 breakfasts
– 5 Guided walks with qualified international mountain leader.
Not Included:
– Single supplement
– The flights. Individual insurance.
– Beverages.
– Lunches and dinners
– All extras not included in the itinerary.

Day 1: Arrival Capileira
Pick up by your guide Vincent at Malaga airport and take your bus transfer (less than 3h) to the village of Capileira, a beautiful Moorish village protected by UNESCO, which will be the base for our trip. In our free time we can wander around its narrow streets, shops and bars. Its white architecture is symbol of the Alpujarras. Accommodation in the family run 3 * hotel Real de Poqueira.
Day 2: Poqueira Valley
Circular route from Capileira to enjoy the Poqueira river valley, passing between old farmhouses, huts and terraces full of fruit trees.
Ascent route along the valley passing through the deserted village of La Cerradilla, where you can continue to the end of the valley or get to know the transverse valley of the Toril river and then return to Capileira.
Breakfast incl. Picnic Lunch and dinner not included.
Day 3: Panpaneira and Bubion
Circular route starting from Capileira to visit two typical villages of the valley: Panpaneira and Bubión, while we enjoy the views of the high peaks of Sierra Nevada.
Breakfast incl. Picnic Lunch and dinner not included.
Day 4: Trévelez
Route from Capileira to Trevélez, the highest village in Spain with its 1,476 m altitude, very famous for their hams dried by the mountain air. We will go through the typical landscape of the Alpujarras with beautiful views of the valley and the peaks of Sierra Nevada, high above the river Trevélez .
Breakfast incl. Picnic Lunch and dinner not included.
Day 5: Mirador de Trévelez – High mountains
We will get to the Mirador de Trevélez (2650m) by bus go to begin the trekking and save a bit of climbing for this major climb.
Possibility to extend the walk and attempt to climb the Mulhacen Peak, with 3465m, the highest mountain in Sierra Nevada and in mainland Spain.
If this walk is not possible because of the snow level (possible in November), we will hike to the Buddhist retreat of ¨O Sel Ling¨ situated in the Alpujarra mountains near Granada at an altitude of 1600 m on the South face of the Sierra Nevada, far from the villages and with magnificent views.
Breakfast incl. Picnic Lunch and dinner not included.
Day 6: Transfer to Granada – Free day in Granada
Transfer early in the morning to Granada. Visit this beautiful city during the whole day. It was the last Arab stronghold conquered by the “Catholic Monarchs” in 1492. Visit the beautiful cathedral with its baptistery, the gardens of the Generalife, the Albaicin quarter and the Alhambra that should not be missed. The Alhambra is a XIIIth century Arab palace considered the most important and beautiful Islamic building ever built.
To visit the Alhambra you need to book at least 3 months before the date.
Breakfast incl. Picnic Lunch and dinner not included.
Day 7: Albaicin & Sacromonte area
Guided walk to explore the north-east of the city, the Albaicín (Albayzin) quarter, the oldest section of Granada, with its narrow cobbled streets and cármenes (Moorish-style houses).
Continuing uphill we will join Sacromonte quarter, famous for the gypsy caves inhabited before them by the Arabs who had discovered that the soft stone of the hill was ideal for carving out underground homes. During the 19th century, writers and artists of the Romantic Movement immortalized the gypsies (and their Flamenco) who also inspired poets such as Lorca and De Falla.
At the top of Sacromonte, we will discover the plateau with the great views over the city and also the highest mountain of Sierra Nevada.
Breakfast incl. Picnic Lunch and dinner not included.
Day 8:Farewell !
Transfer to Malaga airport.
Breakfast incl. Lunch not included. 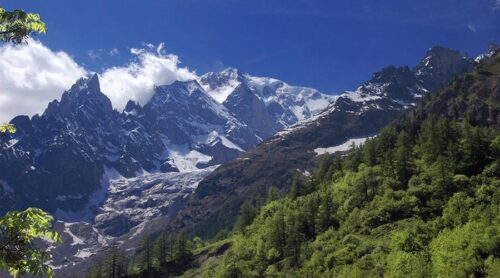 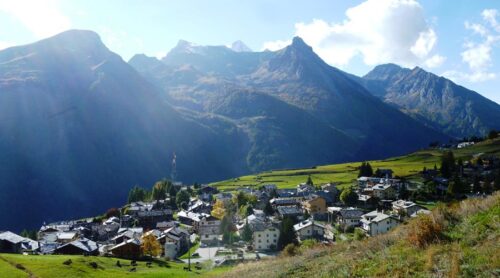 Activity level: Moderate
Scheduled on demand
Possible dates: June, to September, contact us if you are interested.
Price: from 860 € excl Flights. 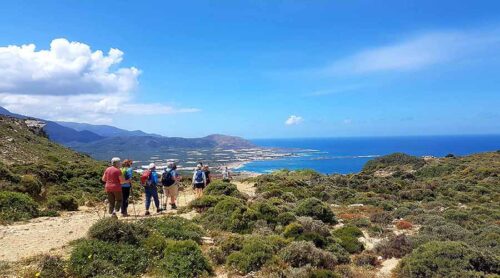 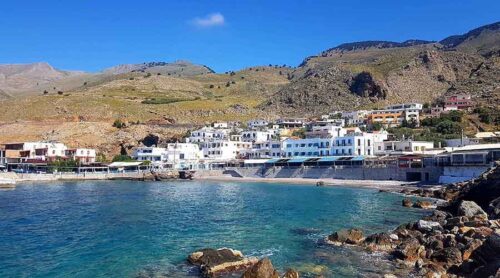 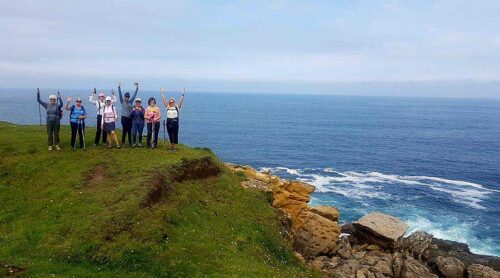 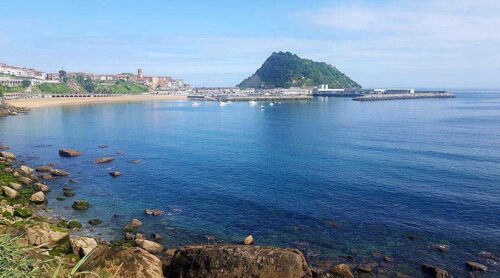 Activity level: Moderate
Scheduled on demand
Possible dates: May, to October, contact us if you are interested.
Price: from 995 € excl Flights. 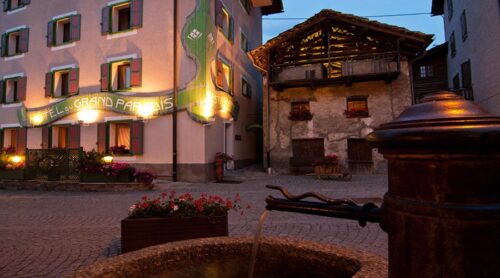 Activity level: Moderate
Scheduled on demand
Possible dates: June, to September, contact us if you are interested.
Price: from 850 € excl Flights.