For walking holidays Spain is fast becoming a destination of choice – and with reason! The easygoing way of life, beautiful scenery and protected natural areas make the country a real walking holiday paradise.
Spain has several unique mountain areas that are prized by walkers as well as outdoor enthusiasts. The Pyrenees, on the border with France, is a large mountain chain that spans the north of the country from the Atlantic to the Mediterannean coasts. It is the site of our Raid Pyrenean coast to coast ride, a 7-day road cycling trip not for the faint of heart, and also of walking trips on both the French and Spanish sides of the border – Walking the Eastern Pyrenees. At the foot of the Pyrenees is the Basque country, a unique cultural region on the Bay of Biscay and home to the Basque people. Walking French & Spanish Basque Country.
While the Pyrenees are certainly known to all, there are discoveries to be made in the more off-the-beaten track mountain regions of Spain, such as the Sierra Nevada, the Sierra de Guara or Picos de Europa. Here are our 3 best walking holidays in Spain for 2022, with something for everyone, whether you’re a seasoned mountain hiker or a walker used to more moderate hillwalking.

The Sierra Nevada, not to be confused with the western US range of the same name, is a mountain range in the Andalucia region of Spain, just outside the historic town of Granada. The park is home to the highest peaks in Spain, and the country’s largest national park. It is also a unique cultural region, as the last Moorish stronghold in Spain and Europe. The Sierra Nevada is home to a variety of scenery and vegetation, with lush meadows on the lower slopes, shady groves of trees higher up and, on the 2000+m peaks, bare mountain meadows. The park is criss-crossed with walking paths and dotted with quaint villages. The range has been inhabited for over 2000 years, and humans have found a way to co-exist with the mountains, particularly in the fertile Alpajurras region.
Our Sierra Nevada Walking Holidays Spain take you through the National park from Capileira to Trevelez, toards the Mulhacen peak, and onwards to the Alpajurras and the unique cultural city of Granada in an unmissable 8-day, 7-night walking trip with guide and hotel accommodation.

A natural park in the province of Huesca in the provence of Aragon, an autonomous region of Spain and site of the medieval kingdom of the same name. Another protected space, it is an outdoor lovers paradise with beautiful walking areas, but also ravines where adventure enthusiasts come rafting or canyoning. The medieval perched village of Alquezar, base for our Sierra de Guara hike, is known for its examples of prehistoric rock art at the Vero River World Heritage site, as well as for its historic monuments and narrow medieval streets.
The sparsely populated Sierra de Guara is a limestone massif, with unique landscape figures due to erosion by the many rivers flowing North to South through the range. On our Sierra de Guara Walking holidays Spain discover these unique landscapes, as well as the spectacular Vera River and the beautiful Monte Perdido national park, on an 8-day trip with guide.

In the provinces of Asturia, Cantabria and Leon, the Picos de Europa mountain range and national Park is a spectacular region of rock formations, jutting mountains and oak and beech groves. The region was one of the first National Parks in Spain, and because of its protected status for over a century is now home to the brown bear and iberian wolf. The highest peak in the Picos is the Torre de Cerredo at 2650m, with breathtaking open views to the Atlantic.
The area is crossed by paths, many ancient, and dotted with small stone villages. The limestone landscape is home to many unique views, such as the Cares Gorge, a 12km path along the rock face above the Cares river, and known as one of the best hikes in Spain.
Our Picos de Europa Walking Holidays Spain take you from your base in the typical town of Arenas de Cabrales through the best walking sites in the Picos on an 8-day/7-night holiday with guide and hotel accommodation. 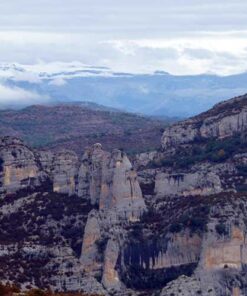 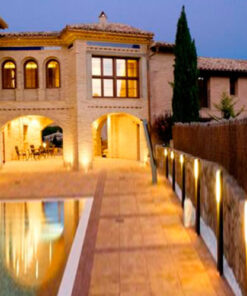 Activity level: Moderate
Scheduled on demand
Possible dates: from mid June to end of September, contact us if you are interested.
Price: from €895 excl Flights. 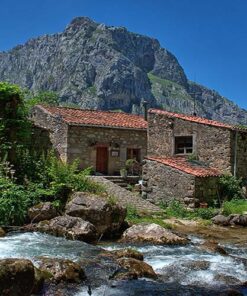 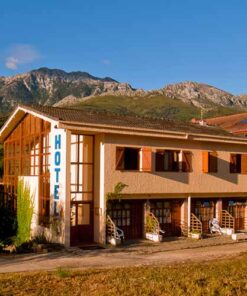 Activity level: Moderate
Scheduled on demand
Possible dates: May, to October, contact us if you are interested.
Price: from €950 excl Flights. 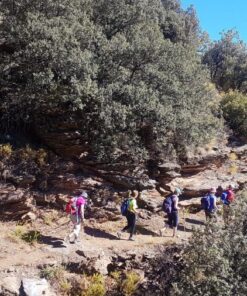 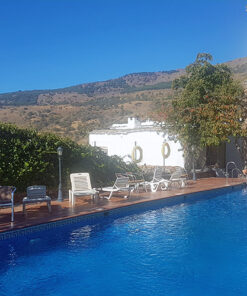